Why are there mounted monitors with and without a front?

Mounted monitors with front – mounted terminals with or without a keyboard

In the case of the Mounted Monitors with Front, the areas of application seem to be clearly defined. This is usually the case with heavy machines, that are securely mounted to the floor and that can not be moved. 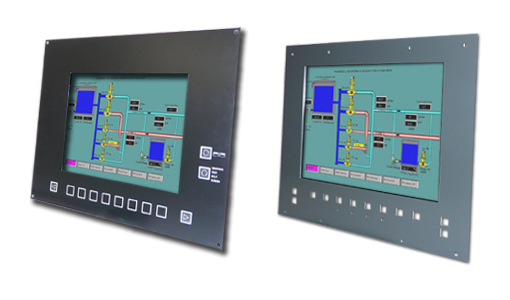 Once these machines are permanently installed and if the control field including monitor needs to be swapped out, then in most cases, the mounted monitor needs to pulled from the front of the housing. Afterwards, the connecting cable is released and the monitor is exchanged. These monitors are delivered with a front. In this case the frontal plate can be different from one machine to the next.

With some machines the front of the mounted monitor includes a keyboard. With others, the frontal plate is perforated with holes, in which an existing keyboard is integrated. Mounted Monitors with Frontal Plate are suited very well for times when the monitor is difficult to exchange from the back.

Mounted Monitors without Frontal Plate stand in contrast. The most common example of these are the banking terminals where the monitors are inserted. As soon as the monitors need to be replaced, the respective device is opened and the monitor is removed from the back of the device. There is one more special attribute with these monitors. 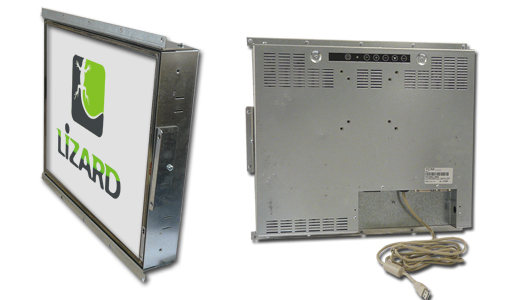 They are especially suitable for housings that have a strongly curved or bent design. With banking terminals this type of curvature is not readily visible. But if the varied service terminals in shopping centers or conferences are examined, many of these exotic variations can be found, which stand out with their design. Mounted Terminals without Front are ideally suited for these housings. Most often, the monitor is inserted through the back of the housing and a rubber layer, that is most commonly found on the inside of the housing, conforms itself to the edge of the monitor.